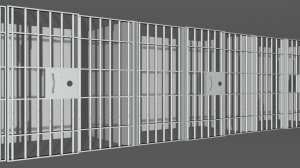 I’ve previously written about some of the factors involved in recovery avoidance in OCD. Often those with the disorder are fearful of giving up rituals they believe keep them and their loved ones “safe.” Even though OCD sufferers usually realize their compulsions do not make sense, the terror that comes with losing what they perceive as control over their lives can be so real that they choose not to engage in Exposure and Response Prevention Therapy. They are afraid of getting better, of living a life without the “safety net” of OCD.

My friend Jackie over at Lights All Around recently posted about what she calls OCD Stockholm Syndrome, where hostages (OCD sufferers) side with their captors/abusers (OCD). While I’d known those with OCD might find it hard to leave their disorder behind, it had never occurred to me that they might not want to rid themselves of this horrible disorder. To me it is so counter-intuitive that I never considered it. Why would anyone want to live with an illness that robs them of everything they hold dear?

It’s hard for me to comprehend, but then again, I don’t have OCD.

Maybe because living with OCD is the only life many sufferers have known, it might feel, in a way, comfortable. It is like family (though a dysfunctional one, at best). No matter how much our family might annoy us, and no matter how much we might even despise some of our family members, we still love them and want them around. Is this same type of love/hate relationship common with OCD?

Also, there is no question we are all shaped and influenced by many different factors in our lives, including our illnesses. Do those with OCD believe they won’t be their real selves if their OCD is under control? For those who are able to see their obsessive-compulsive disorder as separate from themselves, I wouldn’t think this would be an issue.  But maybe it is. Maybe those with OCD believe not having their disorder as an integral part of their lives might change their true identity. To complicate matters more, it might be difficult for sufferers to even know what they believe. Are their thoughts their own or is it their OCD talking?

In my son’s case, getting treatment for the disorder is what allowed the real Dan to emerge. I have never heard from anyone with obsessive-compulsive disorder who felt their true self had been compromised after ridding themselves of OCD. Indeed, it is just the opposite. With OCD on the back burner, they were finally free to be themselves.

I’d love to hear your thoughts….

34 Responses to OCD and Identity