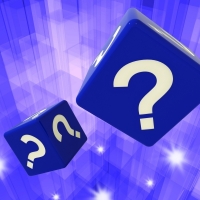 One of the most common manifestations of obsessive-compulsive disorder is the need for reassurance. “Are you sure it is okay if I do this or that?” “Are you sure nobody got (or will get) hurt?” “Are you sure something bad won’t happen?” “Are you sure, are you sure, are you sure?” While the above questions are obvious appeals, they are not the only way that OCD sufferers seek reassurance. Indeed, the very nature of OCD centers around making certain that all is well. Obsessions are always unwanted and cause varying degrees of stress and anxiety, and compulsions temporarily alleviate these feelings. Compulsions are always, in some way, shape, or form, a quest for reassurance; a way to make everything okay.

When my son Dan was dealing with severe OCD,  he was always apologizing, he couldn’t eat, he was tied to the clock, and he had many mental compulsions. Though he knew none of his thoughts or actions made any sense, he just could not stop. And therein lies one of the big problems with reassurance: It is addictive.

“If reassurance were a substance, it would be considered right up there with crack cocaine. One is never enough, a few makes you want more, tolerance is constantly on the rise, and withdrawal hurts. In other words, people with OCD and related conditions who compulsively seek reassurance get a quick fix, but actually worsen their discomfort in the long-term.”

So how can those with OCD “kick the habit?” It’s not easy, as sufferers continually wrestle with the feeling of incompleteness, never truly convinced that their task has been completed. There is always doubt.

But there is also always hope. Exposure Response Prevention (ERP) Therapy, as I’ve mentioned before, involves facing one’s fears and then avoiding engaging in compulsions. No reassurance allowed.  So basically the OCD sufferer is going through “withdrawal.” While it is incredibly anxiety-provoking initially, it gets easier with time. And with a lot of hard work and dedication, the addiction can be beaten.

I know I am over-simplifying things as OCD can be quite complicated, but I think it might be helpful to look at the need for reassurance in the context of addiction. It is so hard for those who do not suffer from OCD to understand why someone just can’t stop washing their hands, stop checking the stove, or stop performing other countless compulsions. Looking at the need for reassurance in this way might not only help shed some light on OCD, it can also give non-sufferers an appreciation for why treatment can be so difficult.

8 Responses to OCD and Reassurance