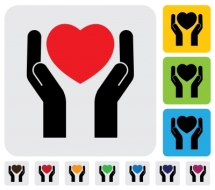 Before my son Dan was diagnosed with obsessive-compulsive disorder, I had little to no experience dealing with people who suffered from mental illness. My preconceived belief was that those who had brain disorders didn’t really understand, or have insight into, what was “wrong” with them. They needed to see a professional who would know how to treat them with the right type of therapy and/or medication, and maybe try to help them understand their illness a little. I believed therapy was something done to people, not with them.

Why did I think this way? Where did it come from? These might be questions best answered in another post. The bottom line is I could not have been more wrong. In fact, in light of what I have learned about people with brain disorders over the last eight years or so, my assumption seems ludicrous. I’m even embarrassed to admit I had these beliefs.

The first person to dispel this myth for me was, not surprisingly, Dan. He diagnosed himself with the help of the Internet, and understood his OCD better than his pediatrician did. For the most part, he continued to have good insight throughout his battle with severe OCD. This is not unusual for those with obsessive-compulsive disorder; most sufferers, at some point, realize their obsessions and compulsions are irrational.

What about other brain disorders? Well, I have read blogs written by those with bipolar disorder, schizophrenia, depression, and generalized anxiety disorder (GAD), and am continually amazed by the insight people have into their own disorders.

Having insight can be invaluable when in treatment for OCD (and I’m guessing other brain disorders as well). I’ve written many posts (my last one included) about Dan’s journey where I’ve stated that just being made aware of his cognitive distortions, or the tricks OCD can play, was extremely helpful in his fight against OCD. And insight doesn’t always have to come “naturally.” It can be helped along by a good therapist.

The benefits of insight are not limited to OCD or other brain disorders. Really, for all of us, the more we understand whatever challenges we face, the better equipped we can become to deal with them.

Education. Understanding. Insight. These things are not only necessary for those who are suffering, but also for those of us who might be on the outside looking in. Those preconceived notions I used to have about those with mental illness? No doubt there are people out there right now who currently hold my old beliefs. We need to break down the stigma and the misconceptions surrounding brain disorders. We need to have open and honest dialogue where people feel safe and unashamed to share their struggles, and we need to treat each other with compassion and kindness. Until this is accomplished, we will not have won the battle against OCD, or any other mental illness.

16 Responses to OCD and Insight