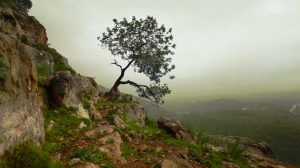 This post first appeared on this blog in February 2013….

To me, one of the most heartbreaking aspects of my son Dan’s descent into severe obsessive-compulsive disorder was his progressive isolation from his friends.  Unfortunately, this is a common occurrence for those with OCD, and it can become a vicious cycle. OCD can be isolating, and this detachment from others, where the person with OCD is left alone with nothing but his or her obsessions and compulsions, can exacerbate OCD.

In Dan’s case, many of his obsessions revolved around harm coming to those he cared about. What better way to prevent this from happening than by avoiding friends and family? And this is exactly what he did. In his mind at the time, the “safest” thing to do was to stay away from everyone. OCD stole what was most important to him. Another example of OCD and isolation involves those who have issues with germs. Avoiding any place or person that might carry germs (so pretty much everyone and everything) is about as isolating as you can get. There are many other reasons why those with OCD  might isolate themselves. Their compulsions might be so time-consuming that there is simply no time to interact with others; OCD has taken up every second of their lives. Let’s also not forget the stigma that is still associated with the disorder, and many with OCD live with the fear of being “found out.” How can they best prevent that from happening? Yup, isolate themselves.

When someone is suffering deeply, be it from OCD, depression, or any illness, support from friends is crucial. Yet those who reach out to the isolated person are often ignored, and after a while, they might stop trying. This is what happened to Dan. I have no doubt his friends genuinely cared for him, but they didn’t realize the extent of his suffering (because Dan never let on) and when their efforts to connect with him were rebuffed, they, not knowing what else to do, left him alone.

In some situations (college, for example) isolation of someone with OCD might first be noticed by friends. When a previously social friend cuts us off, he or she not only loses an important support system, but also the encouragement and hope necessary for recovery. Really, the more we are pushed away, the more likely it is we are needed. I think it’s so important to educate people that withdrawal from others might be a serious cause for concern, and help should be sought.

This entry was posted in Mental Health, OCD and tagged fighting OCD, friends, isolation, OCD awareness, withdrawal from others. Bookmark the permalink.

13 Responses to OCD, Friends, and Isolation