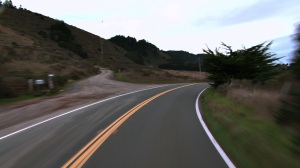 I’ve written before about my son Dan’s almost lifelong dream of becoming an animator. When his OCD was severe, he came very close to giving up on this dream. My husband and I kept the bar high for him because we knew it was what he really wanted. We realized he was committed to continuing with exposure and response prevention (ERP) therapy and so we encouraged him to go back to school. If it didn’t work out, at least  he would have given it his best shot. Though there were some difficult times, Dan did indeed receive his BFA in computer animation, and he now works in his chosen field.

During his stay at a residential treatment program for OCD following his freshman year, Dan’s therapist suggested he become an art teacher; he felt that road would be less stressful for Dan. While teaching art is a great job for someone who wants to be an art teacher, Dan never had the slightest interest in the teaching field. I am thankful he decided to stay on track and pursue his dream.

For some people with OCD, however, original educational and/or career plans might not work out. Maybe college is too stressful, maybe a particular work environment elicits a multitude of triggers, maybe a job is just too demanding. Maybe those with OCD might have to work toward their goals differently, at a later date, or not at all. A competent therapist can help make a determination as to which paths to take. But is having to alter life plans a sign that OCD is “winning?”

Not in my opinion. Because really, don’t we all have limitations? I would have loved to have been a nurse, but blood and needles make me squeamish. Whether it is due to illness, life circumstances, or just who we are, most of us face detours as we travel through life. We compromise, we adjust, we revise our dreams. Even as an animator, Dan has realized there are certain aspects of the profession that aren’t a good fit for him, and so he is steering his career path accordingly.

Because obsessive-compulsive disorder is an illness that can totally control a person’s life, and successful treatment involves not letting it, I think there might be a tendency to feel defeated if OCD has to be factored into the equation when making these life decisions. Again, I think it’s important to remember that we all have challenges that need to be considered when making life choices; what we desire might not be what’s actually best for us. While those with OCD might need to acknowledge their disorder, it doesn’t mean that OCD is “winning.” It means they are being honest with themselves. And if those with OCD, indeed if all of us, maintain a positive attitude and endeavor to live a fulfilling, productive life, the real winners will be ourselves.