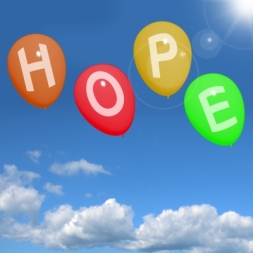 When I first became involved in OCD advocacy about six years ago, I would occasionally come across articles or books written by therapists whose bios revealed that they had OCD themselves. I always found this information comforting, because at the time it was hard for me to believe my son would ever again be able to function in the outside world. If someone with OCD can come so far – from struggling with a devastating disorder to helping people with this same illness, then maybe there was hope for my son as well.

Lately, I seem to be coming across more and more therapists and other health-care professionals who specialize in treating obsessive-compulsive disorder and have OCD themselves. It could be that people in general are more comfortable disclosing their mental health issues, or it could be that more people who have overcome OCD are choosing  careers where they can help others do the same.

How great is that!

I have written before about how those with OCD are often hesitant to seek help as they are aware of how irrational their obsessions and compulsions are. They are embarrassed to discuss their OCD in detail. But if their therapist also has OCD, they just might be more willing. After all, who can understand what you’re going through and how you are feeling better than someone who has had similar experiences?

Perhaps the greatest benefit of having so many practicing therapists with obsessive-compulsive disorder goes back to a word in the first paragraph of this post: HOPE. Here are people who have not only overcome a potentially devastating disorder, they have no doubt worked very hard to achieve their dream of helping others. They have chosen a difficult path and have succeeded. How could there be any better role models for those who are wondering if they might ever be able to live the lives they want?

One of the main reasons I blog is to spread the word that OCD, no matter how severe, is treatable, and I often refer to my son’s story as proof. But to have that proof – that hope -sitting in the same room as you? I don’t think it can get any better than that.

14 Responses to Therapists with Obsessive-Compulsive Disorder