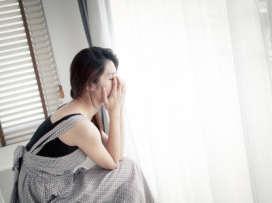 I corresponded with a young woman with obsessive-compulsive disorder who had participated in exposure and response prevention (ERP) therapy and made some major improvements in dealing with her OCD. However, she still struggled at times and wasn’t quite where she wanted to be – like many with OCD, she was a work in progress.

She had an upcoming vacation planned with her serious boyfriend and was determined that her OCD would not ruin this special time they had planned together. She would not avoid people, places, or things that might make her anxious, she would not apologize for no good reason, and she would not ask for reassurance of any kind from her boyfriend. In short, she was determined to not engage in any compulsions during their vacation. Things would be perfect and she’d have a great time.

My first thought was, “How impressive!” She was doing everything she could to resist her compulsions. But as we communicated more, it seemed to me that perhaps she had become obsessed with not doing her compulsions. And to quell this obsession, she would continuously monitor herself to make sure she wasn’t engaging in any compulsions. Could this check on compulsions actually be a compulsion?

If you’ve lost me, I’m sure you’re not the only one. To say OCD can be confusing is an understatement to say the least.

As it turns out, this woman’s vacation didn’t turn out too well, as she found herself unable to stop focusing on not performing compulsions. Her plan had backfired. Her anxiety skyrocketed, and was not able to enjoy her vacation. Sigh. OCD at its finest (she said sarcastically).

So, what should she have done? As someone without OCD, it’s easy for me to say, “She just should have relaxed, enjoyed the moment, and not been so hard on herself.”  But I know that’s often easier said than done. Still, accepting the fact that she is indeed human, and will slip up here and there as we all do, might have made for a better time.

I don’t believe any of us are perfect, and if we focus on perfection, we are bound to be disappointed. Doing the best we can at any given moment, being mindful and present, is all we can really ask of ourselves. And when the mistakes happen? Well, we can acknowledge and accept them, strive to do better, be kind to ourselves, and move on to the next moment. Otherwise we are just letting OCD win.

6 Responses to Is Thinking about Compulsions a Compulsion?