The D in OCD 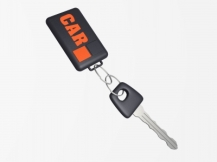 Since we’ve been getting into semantics lately, let’s talk about the D in OCD.  As Dr. Jeff Szymanski, Executive Director of the International OCD Foundation points out in this post, the word disorder connotes an intensity or seriousness. Just think about it. Saying “I’m in a bad mood,” implies something much less severe than “I have a mood disorder.” Likewise, having eating issues or stomach aches is by no means the same as having an “eating disorder” or “digestive disorder.”

The same goes for OCD. Being obsessive, compulsive, or both is not the same as having obsessive compulsive disorder. I like Dr. Szymanksi’s comparison of himself, who he considers to be somewhat compulsive, with someone who has OCD:

When I park my car in the morning and walk away, sometimes the thought occurs to me, “Did I lock the doors?” Though I might feel a little anxious and I might even go back and check the car, I am not suddenly overcome by fears, doubts and catastrophic images. This, however, is the experience of someone with OCD. My doubts and anxiety were minimal to begin with. The thoughts and worries about my car actually go away without me doing anything. Talk with someone who has a diagnosis of OCD. No matter what they do, they are plagued for hours every day, day after day, with unrelenting, crushing anxiety.

This is what so many people fail to understand – how debilitating OCD actually can be.  When Dan was not able to eat, and essentially not able to function, I thought, “Okay, I know he has OCD, but what else is going on here?”  I had no idea that obsessive compulsive disorder could be so crippling.

If those around us don’t understand OCD, how can we expect them to offer the appropriate support? In my experience, most people want to understand, and they want to help. This is why it is so important to educate family, friends, teachers, peers, and co-workers. The D in OCD can be devastating, and the more people realize this, the better off we will all be.

9 Responses to The D in OCD