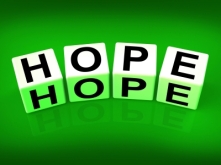 My son Dan’s twenty-eighth birthday is in a couple of days, so I thought I’d share this post written in November 2013. He continues to do well after suffering with severe OCD almost nine years ago – and I continue to be enormously grateful…..

I have been fortunate to share the story of my son Dan’s recovery from severe OCD with so many whose lives have been touched by this horrible disorder. The fact that he is doing so well is concrete evidence that OCD, no matter how severe, is indeed treatable, and it is gratifying to know that people have found hope through our story.

When I connect with those who have either read my book or heard me speak, they often ask “How is Dan now?”

I am incredibly thankful that the answer continues to be, “He is doing very well.”

The next question is often something such as, “Where is he? Why don’t we ever see him at these conferences/meetings/other OCD events?”

In 2012 I wrote a post discussing whether “OCD advocacy” should be a responsibility of those who have recovered from severe OCD. Better than my post, I believe, are the comments from those who pointed out that advocacy comes in many ways, shapes, and forms. By continuing to do well, keeping his OCD at bay, and living his life to the fullest, Dan is giving hope to all those who suffer from obsessive-compulsive disorder.

Maybe my son’s choice to not focus on his OCD any more than he needs to is one of the reasons he has learned to cope so well. After all, OCD is something he has, not something he is. Dan has made a conscious effort to put his OCD on the back burner and focus wholeheartedly on living his life to the fullest. He fought his way back from the brink of despair, and perhaps this fact fuels his resolve to leave OCD out of his life as much as he possibly can.

Still, I’m not fooling myself. I know at some point Dan might not have a choice. While he might go years with mild obsessive-compulsive disorder, there’s still a chance it could flare up at any time with a vengeance. It could overtake him again. The bottom line is I don’t know what the future holds, and neither does Dan. Uncertainty. The word that those with OCD (and many of us without the disorder) hate. Nobody knows what will be.

For now, however, I will revel in the fact that Dan is doing well. I will continue to advocate for OCD awareness and proper treatment, and I will respect his decision to not want to make OCD a focal point of his life. Because after all, isn’t that the whole idea?

This entry was posted in Mental Health, OCD and tagged hope, living life to the fullest, OCD advocacy, Overcoming OCD: A Journey to Recovery, uncertainty. Bookmark the permalink.

6 Responses to Where is Dan?