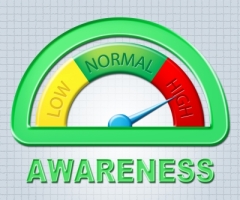 The ninth annual OCD Awareness Week begins today. It always takes place during the second week in October with the purpose of raising awareness and understanding of obsessive-compulsive disorder and related disorders, as well as the appropriate treatment. As many of you know, finding the right help is often one of the toughest battles in the fight against OCD and some estimates say it can take as long as 14-17 years from the onset of symptoms to get a correct diagnosis and treatment. Though my family didn’t realize it at the time, my son was one of the lucky ones – it took about two years after his diagnosis to get him the right help.

While that’s “not bad” in terms of OCD treatment, it is still much too long, in my opinion. It should have taken days, maybe weeks, but certainly not two years.

I started blogging in 2010, a year after OCD Awareness Week was launched. My goals have always been to spread the word that OCD, no matter how severe, is treatable, and that exposure and response prevention (ERP) therapy is the evidence-based psychological therapy for the disorder. My message continues to be one of hope – no matter how severe your (or your loved one’s) OCD is at this moment, you can recover and live a happy, fulfilling life.

But you need the right therapy.

So how are we doing with spreading the word about the right treatment?

Not great. I get five or six emails a week from those with OCD, or parents of those with OCD, who just don’t understand why they or their loved ones are not getting better, and often are in even worse condition than they were before therapy began. How could this be? They are doing everything the therapist advises, and then some. They want more than anything to be free from the clutches of OCD, but they are losing hope.

People are losing years of their lives – needlessly – to obsessive-compulsive disorder.

It’s not enough for those of us “in the know” to be spreading the word to those with OCD. Doctors, school counselors, and all professionals who might be the first point of contact need to be educated; they need to know there is a specific therapy (exposure and response prevention), that is used to fight OCD. There are actually therapists out there who are either not aware of ERP therapy, or choose not to use it. Indeed, it is sometimes the very people who are supposed to be helping us that steer us in the wrong direction, perhaps not maliciously, but due to ignorance.

While there are many ways to get involved in OCD Awareness Week, I think approaching these “experts” might be one of the most valuable things we can do. I think most professionals really want to help and would appreciate being educated. How great it would be if we could wipe out those unacceptable statistics, and get those with OCD the help they need and deserve – within days.