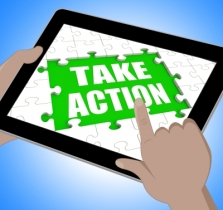 There have been events all over the country this past week in recognition of OCD Awareness Week. From live experiences such as the OCD Capital Walk, to every type of event you could imagine on social media, it has been an exciting and successful week for raising OCD awareness.

I’d just like to showcase two projects that began long before OCD Awareness Week 2017 that have now come to fruition.

Back in 2016, I wrote about Unstuck: An OCD Kids Movie, a documentary film about six children with obsessive-compulsive disorder who share their stories -including how they learned to face their fears, stop their rituals and regain control of their lives. The movie has touched many people and has received more accolades to mention. You can learn more about it here.

The second project is a book by John Green, the best-selling author of The Fault in our Stars. The main character in Mr. Green’s new novel, Turtles All the Way Down, has obsessive-compulsive disorder, a characteristic she shares with Mr. Green in real life. In this interview with ABC News chief anchor George Stephanopoulos, the author says:

One of the reasons I wanted to write this book was because I did feel very alone in that for a long time. I think that psychic pain can be tremendously isolating and that only compounds the hurt of it.

I haven’t read the book (it just came out) but I plan to, especially after reading this great article about him, and the book, in The New York Times.

As you can see, there is no shortage of incredibly talented and creative people helping to raise awareness of OCD. And that’s great! But let’s remember that even if we are not amazing filmmakers or widely-acclaimed authors, each and every one of us, as I mentioned in my last post, can advocate in our own ways, and truly make a difference. Not just during OCD Awareness Week, but every day of the year.

This entry was posted in Mental Health, OCD and tagged John Green, OCD awareness, OCD Capital Walk, Turtles All the Way Down, Unstuck An OCD Kids Movie. Bookmark the permalink.