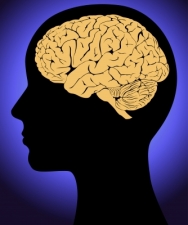 In some interesting research on obsessive-compulsive disorder, researchers at the University of California Los Angeles have developed an artificial intelligence system that predicts whether patients with OCD will benefit from Cognitive Behavior Therapy (CBT). The February 2018 study, published in the Proceedings of the National Academy of Sciences, used a functional MRI machine, or fMRI, to scan the brains of 42 people with OCD before and after four weeks of intensive, daily cognitive behavioral therapy. Researchers specifically analyzed how different areas of the brain activate in sync with each other — a property called functional connectivity — during a period of rest.

The researchers then fed the participants’ fMRI data and symptom scores into a computer and used machine learning (that’s where the artificial intelligence comes in) to predict which people would respond well to treatment. The machine-learning program demonstrated 70 percent accuracy. It also correctly predicted  participants’ final scores on a symptoms assessment within a small margin of error, regardless of how they responded to the treatment.

“This method opens a window into OCD patients’ brains to help us see how responsive they will be to treatment. The algorithm performed far better than our own predictions based on their symptoms and other clinical information.”

Dr. Feusner goes on to say that if the study’s results are replicated, treatment for OCD could someday start with a brain scan.

While I find this study fascinating, it also makes me a little uncomfortable. I will be the first to admit I have a limited understanding of neuroscience and artificial intelligence, but I shudder to think that CBT (specifically exposure and response prevention therapy which is the evidence-based treatment for OCD) would not even be offered to someone with OCD based on a preliminary scan of their brain. I see obsessive-compulsive disorder as so complicated. Could it really be that easy to predict who will or will not benefit from Cognitive Behavioral Therapy?

There are already many known reasons why exposure and response prevention (ERP) therapy doesn’t work for some people. You have to be totally committed to it, and there are various aspects of OCD and this therapy that can make that commitment difficult. The degree of family support and understanding of OCD as well as comorbid diagnoses are just two more examples of why exposure and response prevention therapy might not initially be successful. In addition, there are therapists out there who think they understand ERP therapy, only to make common mistakes during treatment that jeopardize their patients’ success. Conversely, there are people out there who are exceptionally motivated (my son was one of them) and are determined to beat OCD no matter what obstacles they might face. As I’ve said, OCD is complicated, so it is not surprising that treating it is often a complex undertaking best left to experts in obsessive-compulsive disorder.

To me, it’s a bit of a paradox – the fact that an impersonal machine (artificial intelligence) might lead to more personalized treatment. I know this is the wave of the future, and of course I can imagine the possible benefits and discoveries that are likely to arise from cutting edge research involving the brain. I just hope that we don’t get so caught up in data and test results that we neglect to pay attention to the whole person and their individual circumstances.

2 Responses to Can Artificial Intelligence Predict Success with OCD Treatment?