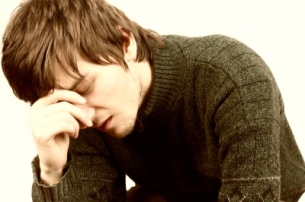 A version of this post first appeared on my blog in September 2013….

When my son Dan’s obsessive-compulsive disorder became severe, he was in college, fifteen hundred miles away from home. We arranged for him to see a psychiatrist near his school, who called us (with our son’s permission) after he met with Dan. He certainly didn’t sugarcoat anything. “Your son is suffering from severe OCD, and he is borderline psychotic.”

I knew very little about OCD at that time, but I knew what psychotic meant: out of touch with reality. I was terrified. Psychosis made me think of schizophrenia, though that illness was never mentioned. In fact, after I united with Dan and we met with the psychiatrist together, there was no more reference to psychosis.

So what was going on? A post on Psychiatric Times discusses the fact that OCD with poor insight should not be mistaken for a primary psychotic disorder, and a thorough history of the patient is warranted. There is also a good deal of discussion in the article regarding medication, because antipsychotics which are often prescribed in these cases have been known to induce and/or exacerbate symptoms of OCD. In addition, research has shown that these antipsychotics often do not help those with severe OCD who are dealing with poor insight, or borderline psychosis.

The DSM-5 states that OCD may be seen with: good or fair insight, poor insight, or absent insight/delusional beliefs. While many people with OCD realize their obsessions and compulsions are irrational or illogical, this is not always the case. When Dan was first diagnosed with OCD, he did indeed have good insight. But by the time he met with this psychiatrist his OCD had gotten so bad that he was at the point of borderline psychosis. At least at that moment. It should be noted that the insight of those with OCD into their disorder can fluctuate. For example, while calmly discussing a particular obsession and compulsion, people with OCD might realize their thoughts and behaviors are unreasonable. But when they are panic-stricken and in the middle of what they perceive as danger, they might totally believe what they had previously described as nonsensical.

So did Dan have something else going on aside from OCD? Thankfully, no. Once his OCD was treated, any possible issues related to psychosis resolved. This scenario reminds me of his misdiagnosis of ADHD. The same thing happened: When his OCD was treated, his symptoms that had been attributed to ADHD also disappeared.

Certainly there are lessons to be learned from Dan’s experiences. Things are not always what they seem. And in the case of brain disorders, where we’ve categorized certain behaviors as belonging to specific illnesses, we really need to be careful not to jump to conclusions in reference to diagnoses and subsequent treatments. In the case of obsessive-compulsive disorder, maybe the best way to proceed is by treating the OCD first, and then reassessing the situation. Once OCD has been reined in, we might be surprised to find that symptoms typically associated with other disorders have fallen by the wayside as well.

4 Responses to OCD and Psychosis