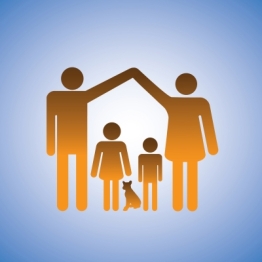 In this post I’d like to focus primarily on moms who have OCD, and the difficulties they might face. I won’t be focusing on postpartum OCD, but rather on moms who have already been diagnosed with the disorder and have been living with it for a while.

Some of the most common types of obsessions in OCD involve various aspects of contamination such as fear of dirt, germs, or illness. Hmm. Dirt, germs, and illness are an inevitable part of childhood. How can a mom with OCD possibly take her four-year-old child into a public restroom?

Surprisingly, most can, and do. Over the years I have connected with moms who have OCD who do what they need to do, despite their fears. By caring for their children, they are actually engaging in the gold-standard psychological treatment for OCD – exposure and response prevention (ERP) therapy. And because ERP therapy works, these moms find that the more they bring their children into those restrooms, or allow them to play at the playground without trailing behind them with sanitizing wipes, or agree to let them spend time at a friend’s house, the less their OCD rears its ugly head. In short, they habituate, or get used to, being in these situations and accepting the uncertainty of what might happen.

In addition, caring for a child (or perhaps multiple children, and even a family pet?) is time-consuming and never-ending, so moms are often so busy that they don’t have time to worry about all the things OCD thinks they should worry about. If your baby has a dirty diaper, the dog is barking to go out, your toddler just found the finger paints, and you need to get to the grocery store, you don’t have time to fret over your fear of contamination. You just change the diaper, tend to the dog, quickly wipe your toddler’s hands, and get out the door. OCD might be protesting in the background, but you have no time for its silly demands. Again, great ERP therapy!

Of course, it doesn’t work this way for all moms, and for some, OCD is in control. Unfortunately, if obsessive-compulsive disorder remains untreated, it affects children’s well-being. Their world becomes limited, they pick up on their mom’s anxiety, and they might even mimic certain unhealthy behaviors.

Moms who are struggling with OCD need to put their children’s needs before OCD’s demands. A good therapist can help them learn how to spend quality time with their children, without ruminating over all the things that might go wrong in a given moment. Modeling healthy behavior and how to deal with life’s challenges might be the best gift we ever give to our children.

Finally, all of the above also goes for dads with OCD, especially if they’re the primary caretaker at home. Every child deserves the love, support, and caring only parents can provide. Parents not held hostage by OCD.

10 Responses to Moms with OCD