OCD – Where Does It Come From? 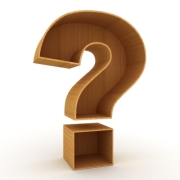 When my son Dan was first diagnosed (at age seventeen) with obsessive-compulsive disorder, I wanted to learn everything I could about the illness. I also wanted to figure out why Dan developed it. How did he “get” OCD? Is it genetic? Did something trigger its appearance? Was it my fault? Why him and not me?

I remember asking his various treatment providers at the time if a particular event could have triggered Dan’s OCD. Three different health-care providers responded with a resounding, “No.”

I wasn’t convinced. In my mind, OCD made its entrance shortly after a freak accident in which Dan’s friend got hurt. To me, the events were too closely linked to be a coincidence.

In the ten years since I questioned Dan’s treatment providers I have heard many OCD specialists acknowledge the fact that OCD can appear after a particularly traumatic or stressful event. I’m not sure if this is a revised way of thinking, or if Dan’s earlier health-care providers just didn’t know of the connection.

Even more convincing are the testimonies I’ve heard from those who either have OCD or are close to someone with the disorder:

“My son developed OCD right after the death of his beloved grandfather.”

“My best friend died in a car crash and by the next week, I had full-blown OCD.”

“My parents got divorced a few months before I started college far away from home. OCD quickly followed.”

I want to make it clear that I am in no way suggesting that these events caused any individual’s obsessive-compulsive disorder. Certainly many people experience events even more tragic than those mentioned above, and never develop OCD. The general consensus is that if a person has a predisposition to OCD, it is possible that its onset can be triggered by a particular event, usually one that is somewhat traumatic in nature. Of course, what is traumatic to one person isn’t necessarily traumatic to someone else. If you ask an expert about the origins of OCD, you will likely be told that it’s a “combination of genetics and environment.” Recent research supports this theory.

While there is currently no cure for OCD, the disorder is treatable. So does it really matter that there is still so much we don’t know about obsessive-compulsive disorder?

I do think it matters, and I’m thankful for all the researchers out there who work hard to uncover the mysteries of OCD. While genetic components have been identified, and we know OCD often runs in families, we are still far from fully understanding this strange and insidious diosrder. With knowledge and understanding come power, and my hope is that someday in the near future, we will know everything there is to know about OCD, and a cure will quickly follow.

10 Responses to OCD – Where Does It Come From?