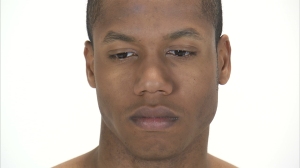 A version of this post first appeared in May 2013:

Over the years, I’ve connected with many people who have obsessive-compulsive disorder. It seems to me that almost every one has some kind of  story to tell about their early experiences reaching out for help. And they’re typically not positive stories. They are accounts of misdiagnosis, mistreatment, or both. They are tales of being told by family they are fine, or they must be exaggerating. They are advised to just “suck it up” or at the very least relax.  If they are lucky enough to receive a proper diagnosis early on, they are often either just given medication with no offer of additional therapy, or treated with the wrong kind of therapy.

As many people with OCD will attest, asking for help, especially that very first time, is a difficult and scary thing to do. In some cases, those with OCD muster the courage to tell a loved one or a professional about their obsessions and compulsions. In other situations, it has just become too obvious to hide anymore. Either way, it can be terrifying to put yourself out there, especially when you are so frightened, confused and anxious. To finally admit you need help, and then be dealt with so poorly, can be devastating. These early negative experiences might make those with OCD not only leery of future treatment, but hopeless. What’s the point?

In my son Dan’s case, he correctly diagnosed himself with OCD, but then met with a therapist who, unbeknownst to us, didn’t know how to properly treat the disorder. Appropriate treatment was therefore delayed, and of course his OCD worsened. He also became disheartened. Why wasn’t the therapy working? Was his OCD not treatable? Thankfully, he eventually did receive exposure and response prevention (ERP) therapy, but finding the right help was far from easy.

How much smoother the journey back to good health would be if all health-care providers were able to properly diagnose obsessive-compulsive disorder and point those who are suffering in the right direction. We need to keep advocating for OCD awareness and education, so that these negative early treatment stories are replaced with positive ones. Getting the right help early on can substantially weaken the power of OCD. What better way to fight the disorder?

I’d love to hear about your early treatment experiences, positive or negative……..